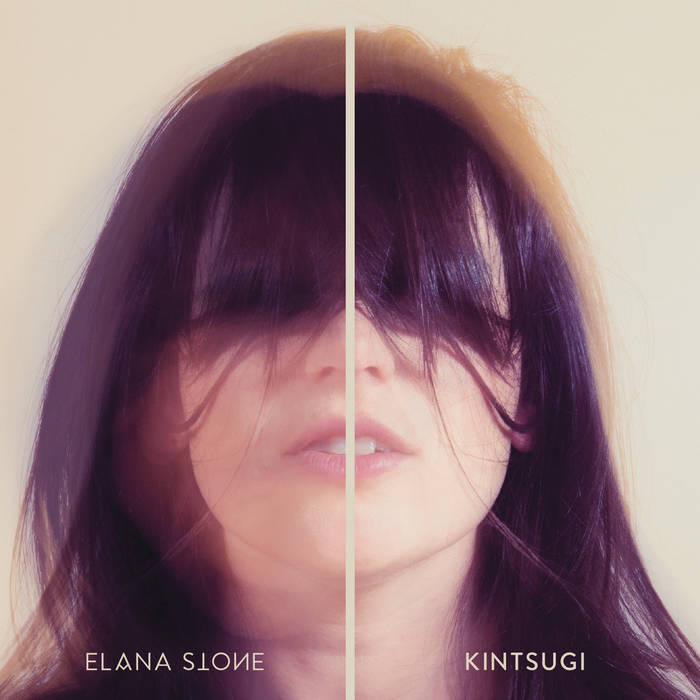 veruncheek I am a big fan of the 2009 album "Your Anniversary", it is a masterpiece. This EP is amazing. I am looking forward to your future recordings, projects and collabs. Favorite track: Sleep Doesn't Come.

Nicholas Leach I honestly couldn't say I have a favorite track.. But I love this song because, while it has a sense of personal struggle, it also has the sense of overcoming it.. It's like the gravity of the earth.. The same thing that brings us down is needed for us to stand tall. Favorite track: Steely Dan.

2015 sees Elana Stone release the first half of 'Kintsugi' - her third studio album.
'Kintsugi' - a Japanese word meaning 'golden joinery' - is the art of fixing broken pottery with lacquer dusted or mixed with powdered gold, silver, or platinum. As a philosophy it treats breakage and repair as part of the history of an object, rather than something to disguise. In other words, it glorifies the cracks.

All songs by Elana Stone except track 7 'Emotions' by Mariah Carey, David Cole and Robert Clivillés
All other songs were co-produced by Jack Britten and Elana Stone
Recorded by Pete Covington @ Oceanic Studios in Brookvale, NSW in Dec 2013
Mixed by Lee Groves (USA)
Mastered by William (King Willy) Bowden (TAS)
Backing vocals on Steely Dan were engineered by Brian Campeau at The Plex
Pete Covington on guitar (tracks 1, 2, 3) and bass (tracks 2, 3, 5, 6)
James Hauptmann on drums (1, 2, 3, 4, 5)
Jack Britten and Elana Stone on everything else.
Cover photo by Mclean Stephenson www.mcleanstephenson.com
EP Design by Jane Tyrrell (*airhorn) www.janetyrrell.com